The Austria Center Vienna (ACV) is the main venue in Vienna for the Austrian Presidency of the Council of the EU, thereby providing a permanent conference and media centre. Austria’s largest conference centre can accommodate 20 000 people and has 24 conference halls for between 100 and 4 320 participants, 180 meeting rooms and 22 000 square metres of exhibition space.

Situated right next to the UN headquarters (UNO City), the ACV can be reached within 7 minutes by underground (U1 line) from the city centre and is only a few minutes’ walk from the Danube and the Danube park. An airport bus connects the ACV directly to Vienna Airport (30-minute bus ride). 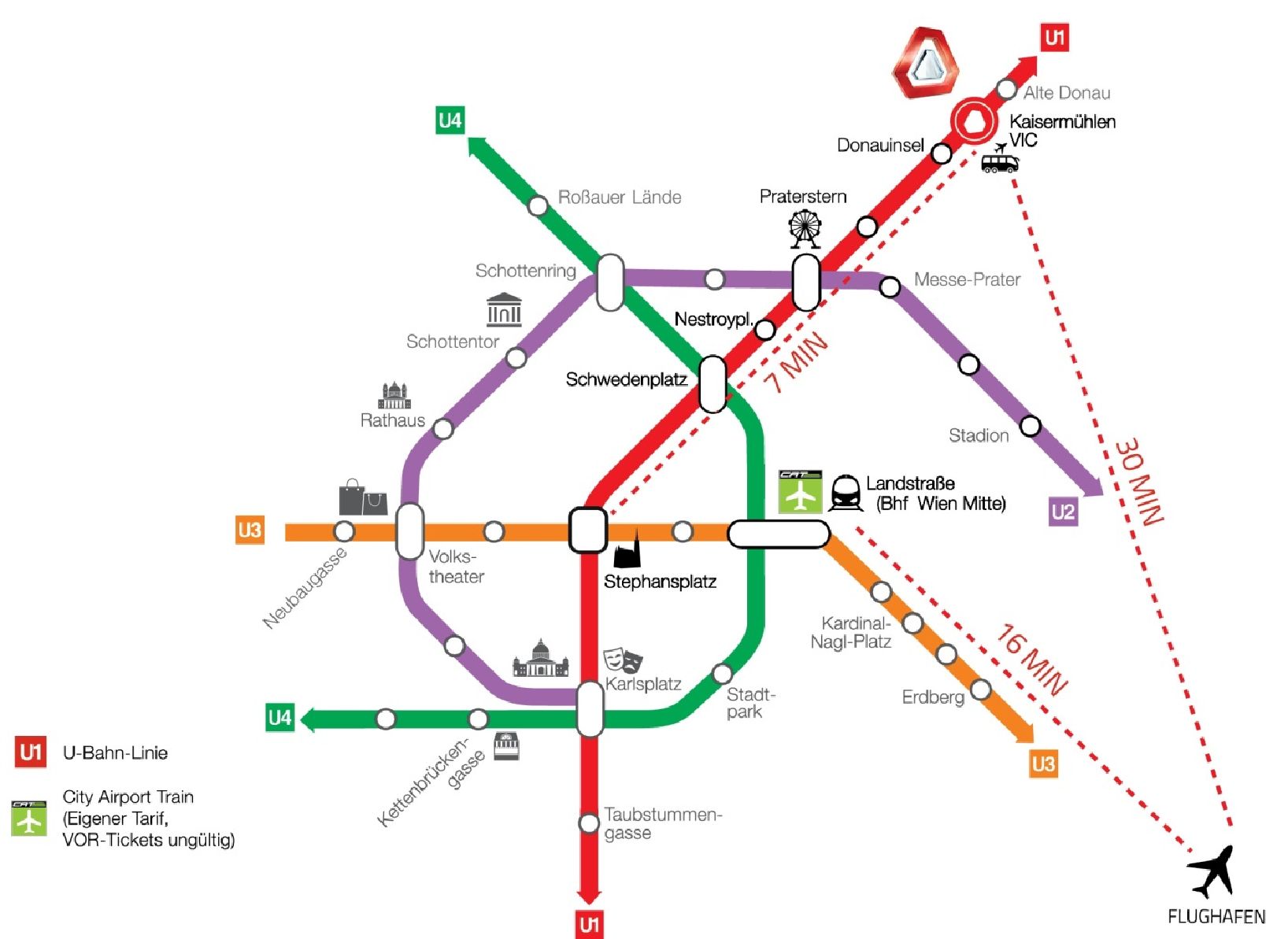 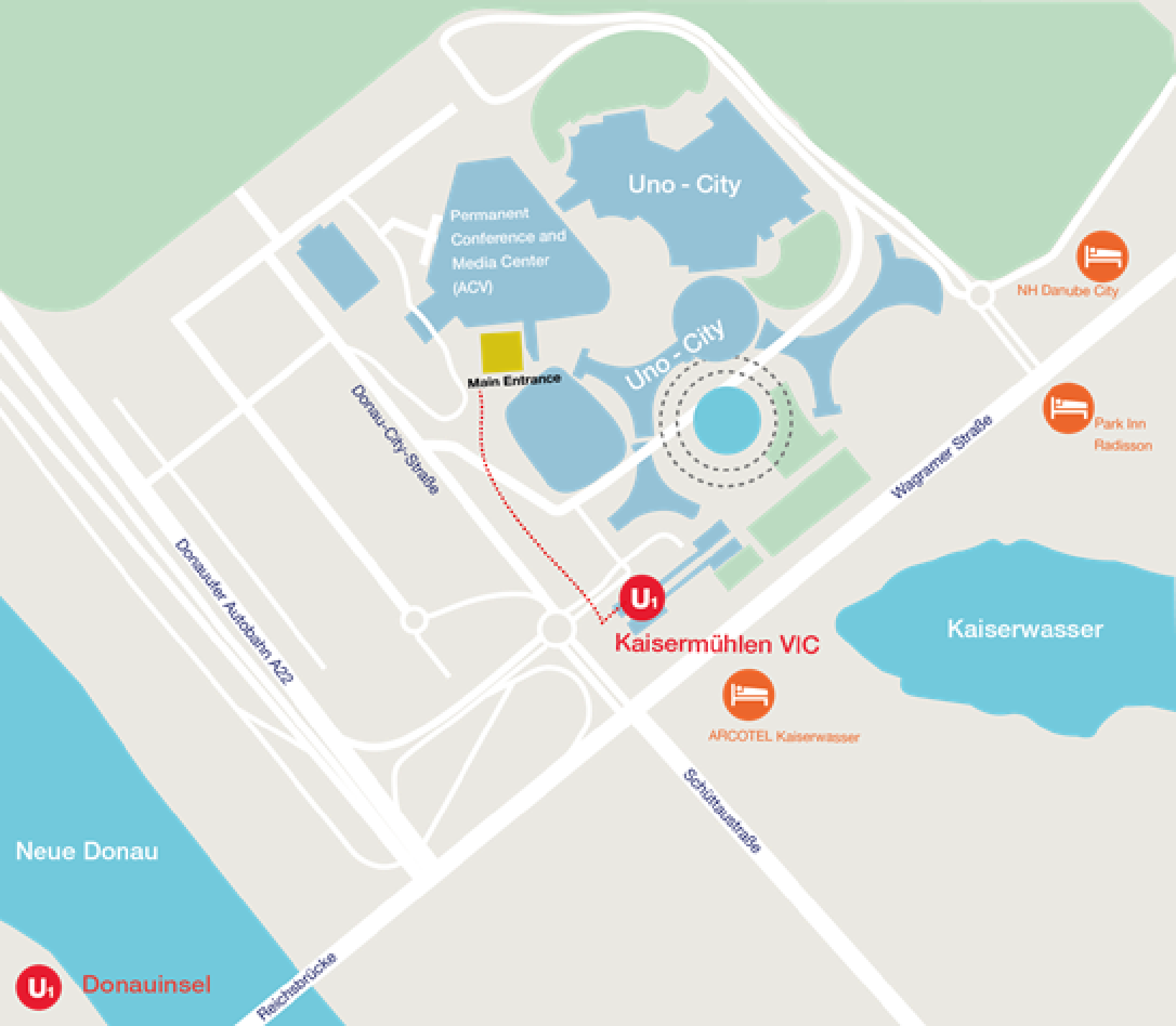 The ACV is the only conference centre in the world to be directly connected to a UN headquarters. After a construction period of just under 5 years, it was inaugurated in 1987 and the first UN conference to be held in the ACV was the International Conference on Drug Abuse and Illicit Trafficking in June of the same year. The UN Conference on Human Rights in 1993 is the biggest state conference to be held in Austria to date. Since its inauguration, the ACV has welcomed several million visitors who have attended scientific conferences, international company meetings, product presentations, expositions, balls or banquets. In addition, the centre is used for exposed events with increased security requirements. During the Iran talks in 2015 (E3/EU+3) the negotiations were held in the adjacent UN building, while the ACV served as a media centre.

The ACV attaches great importance to economic, social and environmental sustainability. It continuously implements numerous measures to reduce its ecological footprint and in 2014 was awarded the Austrian Ecolabel ‘Green Conference Center’ for conference and congress venues.