On 1 July 2018 Austria will assume the 6-month presidency of the Council of the European Union. On 30 June, the SERVUS Europe kick-off event took place on the Planai mountain near Schladming in Styria. In the presence of European Council President Donald Tusk, Bulgarian Prime Minister Boyko Borissov symbolically handed over the Council presidency to Austrian Federal Chancellor Sebastian Kurz.

Federal Chancellor Kurz also said that Austria wants to do its part to build a Europe that is streamlined, united and most importantly focused. One of its priorities in this respect is security: “We want to create a Europe that protects – a Europe that, on the one hand, provides security and, on the other hand, also secures the prosperity that has been created and increased in Europe”, said the Austrian Federal Chancellor. He stressed that the Austrian Presidency could only be successful if there is strong cooperation with all EU member states and all EU institutions. He also took the opportunity to thank Prime Minister Borissov for the excellent work carried out by the Bulgarian Presidency and to thank European Council President Tusk for his cooperation in the run-up to the Austrian Presidency. 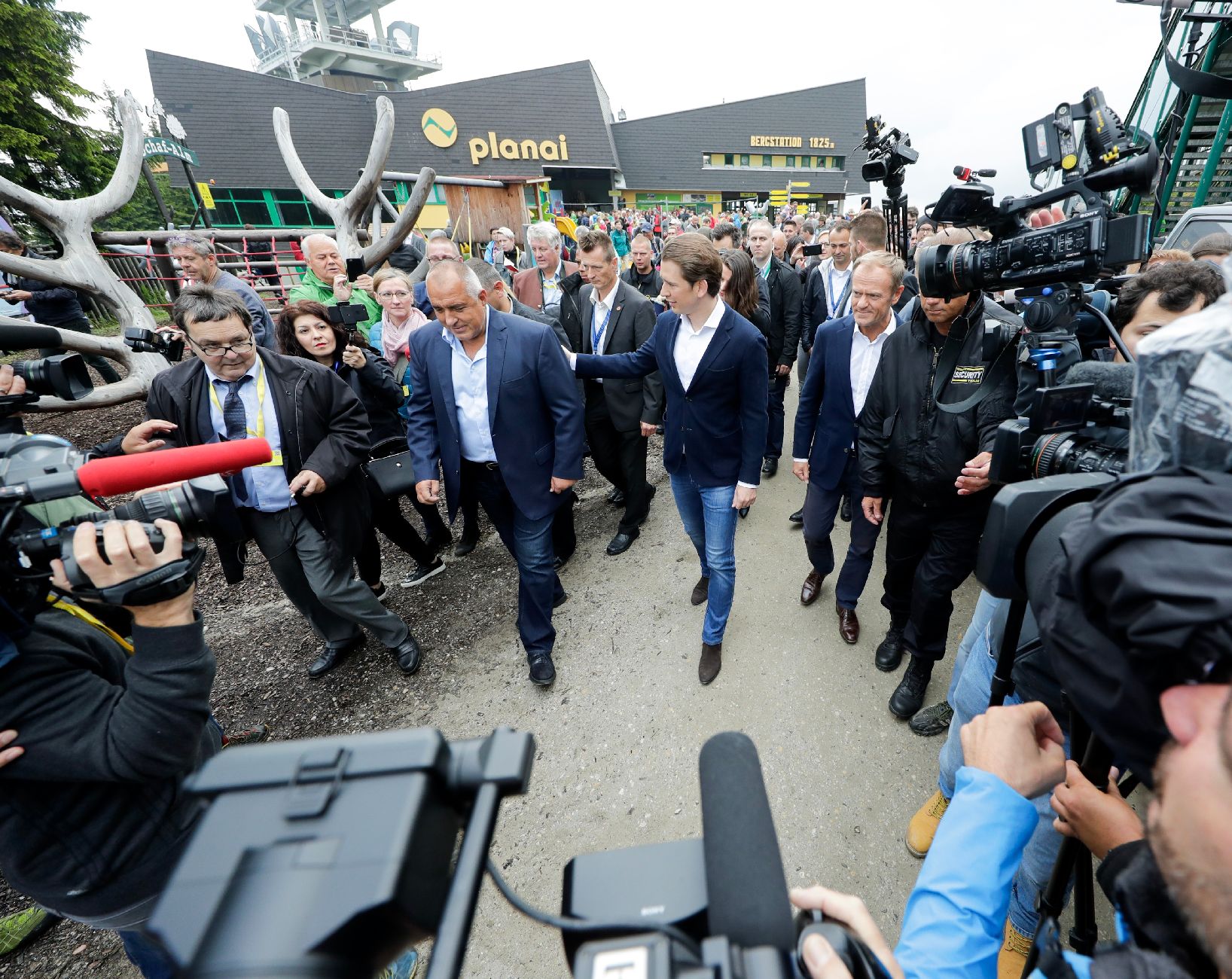 Council President Tusk stressed that Austrian couldn’t have chosen a better motto for its presidency than “A Europe that protects”. What Europe needs, he said, is stability rather than instability and security rather than a lack of security, but not to the detriment of freedom. Reaching these objectives would require cooperation, but the Council President believes that the Austrian Federal Chancellor is the right person to tackle these challenges. “I wish you all the best!”

Under the motto “SERVUS Europe”, interested members of the public were also invited to a summit picnic to enjoy regional food and drinks and take a walk along the EU Trail – a hiking trail featuring stations with useful information about the European Union. A total of 5 000 people took part in the diverse programme offered on the Planai mountain.

Photos of the event can be downloaded from the photographer services of the Austrian Presidency at www.flickr.com/eu2018at.