Among the topics of discussion at the informal meeting of home affairs ministers in Innsbruck were measures against anti-Semitism, the fight against people smuggling and increased police cooperation.

Innsbruck – “In order to save Schengen, we intend to work with dedication on the effective protection of EU external borders and a crisis-resistant EU asylum policy”, Austrian Federal Minister of the Interior, Herbert Kickl, said after chairing the informal meeting of home affairs ministers on 12 July 2018 in Innsbruck. This would correspond to the mandate of the European Council, “which has initiated a paradigm shift in EU asylum policy”. With regards to internal security on the whole, the Austrian Presidency aims to work towards a citizen-focused, crisis-resistant, future-oriented Security Union.

Following the discussion, it could be said: “There is broad consensus that we should focus on protecting the EU’s external borders. The European Border and Coast Guard Agency (Frontex) should be further strengthened and be given a corresponding mandate”, said the chair of the Council meeting. According to the Federal Minister of the Interior, regional disembarkation platforms are an excellent example of the paradigm shift initiated by the European Council. “Our primary goal is to finally put an end to people smuggling operations and the related deaths in the Mediterranean”, Herbert Kickl reported. Based on this, the Austrian Presidency will – in cooperation with the European Commission, the United Nations High Commissioner for Refugees (UNHCR), the International Organization for Migration (IOM) and third countries – quickly develop a suitable concept. 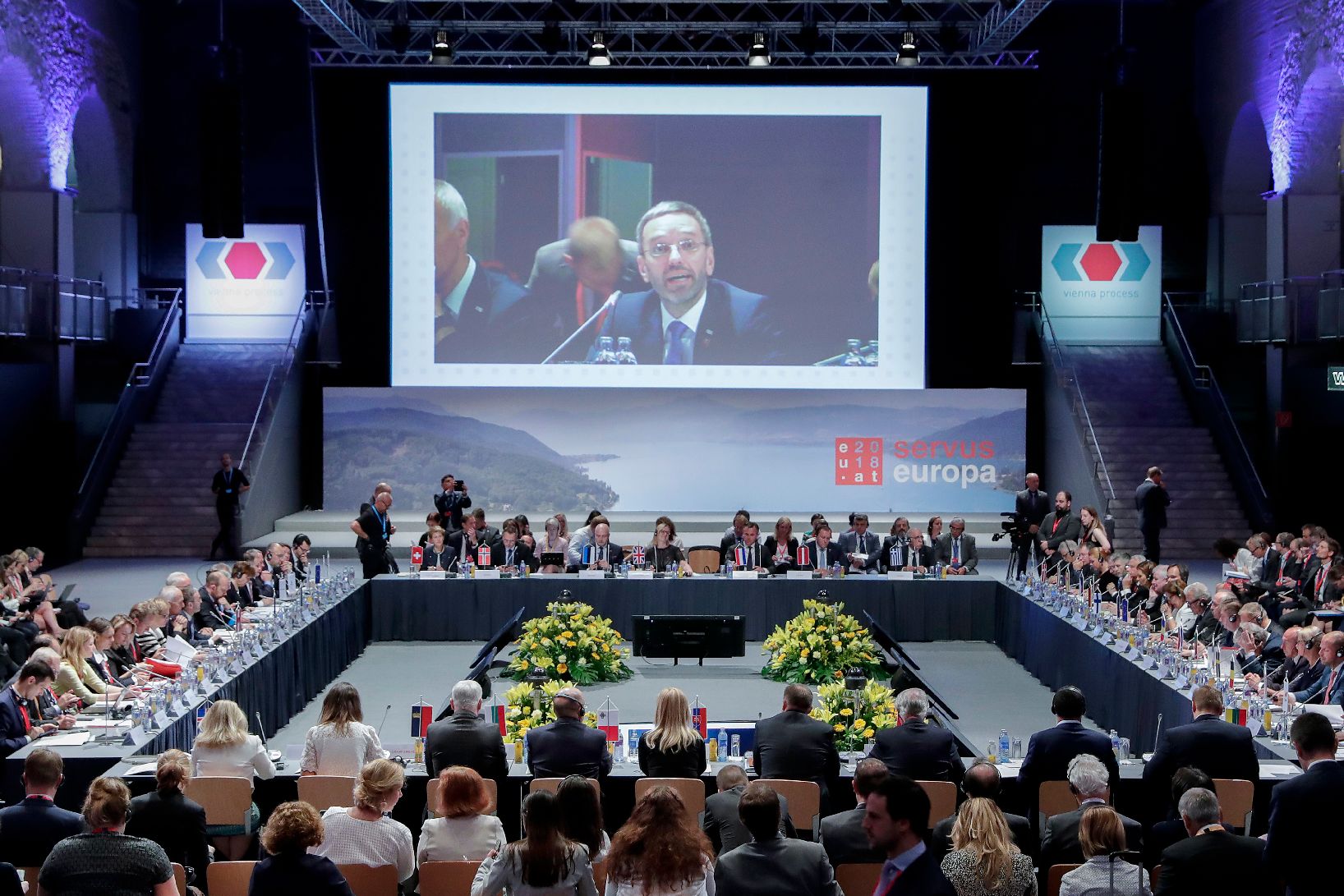 The ministers also discussed possibilities for a political solution to the issue of the Dublin system in light of the new overall context. In its capacity as bridge builder, Austria will explore suitable solutions with the other member states. The aim is to provide an overall report on progress on Dublin and the Common European Asylum System (CEAS) by the European Council meeting in October.

At the meeting future options going beyond the mandate of the European Council were also discussed, such as making use of return centres in third countries. The reasoning behind this is the following: If an asylum request has been refused and a return to the country of origin is not possible, centres in third countries could possibly represent an intermediate stage, for a positive and a negative decision regarding an asylum request should not have the same consequences.

The ministers also discussed the promotion of European values and measures against anti-Semitism and the protection of Jewish communities and institutions in Europe. Representatives of the World Jewish Congress, the European Jewish Congress and the Jewish Community of Vienna also participated in these discussions.

At the informal meeting, EU home affairs ministers also talked about the strengthening of European police cooperation. Key topics were community policing and the fight against people smuggling. The member states also exchanged best practices. “The discussion has confirmed the importance of these topics for a crisis-resistant  Security Union. For this reason we will continue to push it forward”, said Federal Minister Kickl.