The Austrian Presidency of the Council of the EU: Accomplishments and challenges

“A Europe that protects” – that was the motto chosen by Austria for its presidency of the Council of the European Union in the second half of 2018. In line with its pro‑European government programme, it was important to the Federal Government to help shape the EU in a positive way. The Austrian Presidency focused on the following areas: security and the fight against illegal migration, securing prosperity and competitiveness through digitalisation, stability in the neighbourhood and the strengthening of the principle of subsidiarity.

During the Austrian Presidency, the EU succeeded in once again placing greater focus on the Western Balkans and initiating a new dynamic in the process of rapprochement for all countries with an EU accession perspective. During this period, Federal Chancellor Kurz also visited Macedonia, Montenegro, Serbia and Kosovo. This resulted in the opening of two new negotiation chapters with Serbia and one with Montenegro. “The European Union believes it is important to guarantee stability and security in the Western Balkans”, the chancellor stressed. Another positive aspect he considered worth mentioning was that the decades‑long name issue between Macedonia and Greece could be resolved.

Meeting of heads of state or government in Salzburg

At the meeting of the 28 EU heads of state or government on 19 and 20 September in Salzburg, discussions focused on important topics such as Brexit, the fight against illegal migration, internal security and cooperation with Africa. European Commission President Jean‑Claude Juncker and European Council President Donald Tusk thanked the Austrian head of government for the careful preparation of the Salzburg Summit and praised Austrian hospitality.

Subsidiarity was also a priority of the Austrian Presidency. On 15 and 16 November the conference “Subsidiarity as a building principle of the European Union” took place in Bregenz. Federal Chancellor Sebastian Kurz stated: “Instead of a Europe that overregulates on small details we need a Europe that assumes responsibility for the big questions and increasingly leaves the small questions to the member states or regions”.

At the High Level Conference “Europe beyond anti‑Semitism and anti‑Zionism – securing Jewish life in Europe” that took place on 21 November in Vienna, participants discussed the security of the Jewish community, awareness‑raising, and how to address the topic of anti‑Semitism. “Austria has to take responsibility for looking not only at the past, but also at the present and to the future, and must take sustainable steps in the fight against anti‑Semitism and anti‑Zionism, so that Jews in Austria, Europe and beyond can live in security”, Sebastian Kurz said. Under the Austrian Presidency, the home affairs ministers adopted a declaration on the fight against anti‑Semitism, which was also explicitly welcomed by the last European Council.

Multiannual Financial Framework of the EU

Good and substantial progress was achieved on the next Multiannual Financial Framework of the EU budget for 2021‑2027. Austria was able to present a complete negotiating box and has thus provided a solid foundation for Romania, the country that will take over the Council presidency from Austria. This fact has been highlighted by European Commission President Jean-Claude Juncker and German Federal Chancellor Angela Merkel, in particular.

Brexit was among the greatest challenges of the Austrian Presidency. “Austria did everything it could to maintain unity among the EU 27.” To this end, Federal Chancellor Sebastian Kurz met several times with the British prime minister, Theresa May, for talks. Two meetings were held in London, with one of them occurring in July right at the beginning of the Austrian Presidency. These efforts proved to be successful. Despite the challenging situation, the EU position is clear: “The present Withdrawal Agreement is not renegotiable, it is now up to the United Kingdom to make a clear decision”, the federal chancellor said. The European Union still hopes “to avoid a hard Brexit” and also wishes to continue cooperating as closely as possible with the UK in the future.

The High‑Level Forum Africa‑Europe on 17 and 18 December brought together almost 1 000 companies as well as heads of state or government from both continents. It served to strengthen the two continents’ long‑term partnership with a focus on digitalisation and innovation. “We want to support positive economic development in Africa and help to invest in jobs and training opportunities”, said Sebastian Kurz.

The last Council meeting to be chaired by Austria and the last Presidency event took place on 20 December. Ministers discussed the reduction of CO2 emissions from trucks and buses and agreed on reducing emissions by around 30 percent by 2030. According to estimates, this new rule will lead to cuts of some 54 million tonnes of CO2 between 2020 and 2030. It was also agreed that heavy-duty vehicle manufacturers who do not comply with the emission targets will have to pay a fine. The Austrian Presidency also reached an agreement to lower CO2 emissions for passenger cars and vans by 37.5 percent. In addition, the internal market in electricity directive was adopted and a reduction of single‑use plastics was set in motion. The UN climate change conference in Katowice also saw the adoption of binding climate protection rules. Miguel Arias Cañete, EU Commissioner for Climate Action and Energy, was “overcome” by the large number of dossiers concluded under the Austrian Presidency and described Elisabeth Köstinger, the Austrian Federal Minister for Sustainability and Tourism, as an “excellent minister”.

Handover of the presidency to Romania 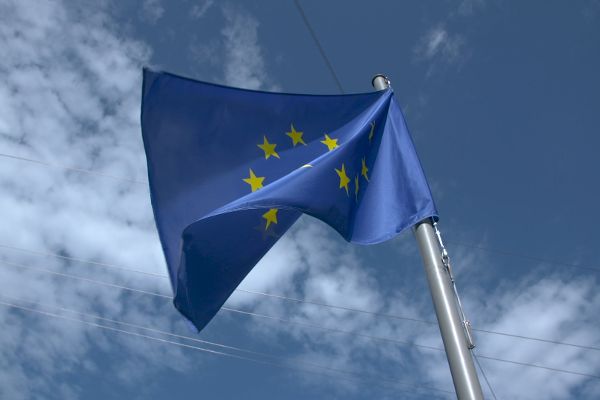