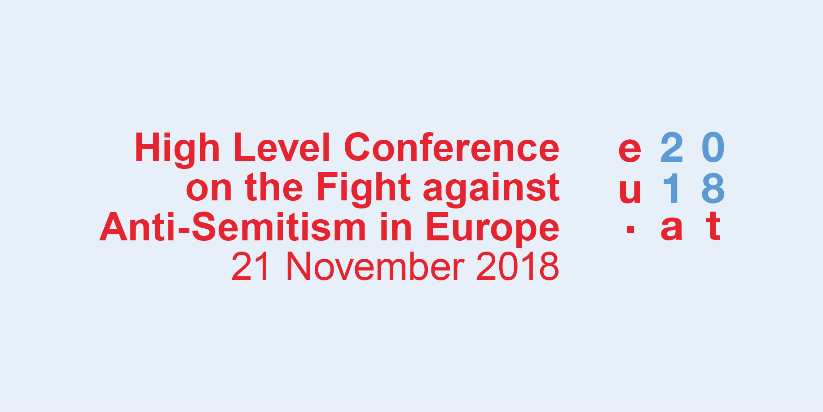 BKA Grafik
Other
Conference or seminar

Anti‑Semitism and anti‑Zionism continue to plague parts of contemporary Europe in manifest forms, threatening the fabric of Jewish life in EU countries, and the general welfare of Europe. Synagogues and Jewish institutions require constant armed protection, and many members of the Jewish community do not feel free to openly identify as Jews. Very often, anti‑Semitism is expressed through exaggerated and disproportionate criticism of the state of Israel. The demonisation of Jews and the Jewish state in some parts of European society represents the newest manifestation of the oldest hatred.

This year, Austria marks 80 years since the Anschluss and has a special historical responsibility for combatting anti‑Semitism in Europe. We will therefore convene a high‑level conference to promote concrete steps to combat anti‑Semitism and anti‑Zionism, and to secure Jewish life in Europe. High‑level guests will include Dr Moshe Kantor, President of the European Jewish Congress, representatives of global Jewish leadership, EU member states and EU institutions, as well as academics and journalists. At the conference, Austria will present a proposal for EU Council conclusions on the EU’s commitment to the security of Jewish communities and institutions.

A Europe free of anti‑Semitism and anti‑Zionism is not only the cornerstone of a secure and vibrant Jewish future on our continent, but also a guarantee for a peaceful and prosperous European future.

Official videos of this event will be published on the official Vimeo channel.