Informal Summit of Heads of State or Government, Salzburg 2018 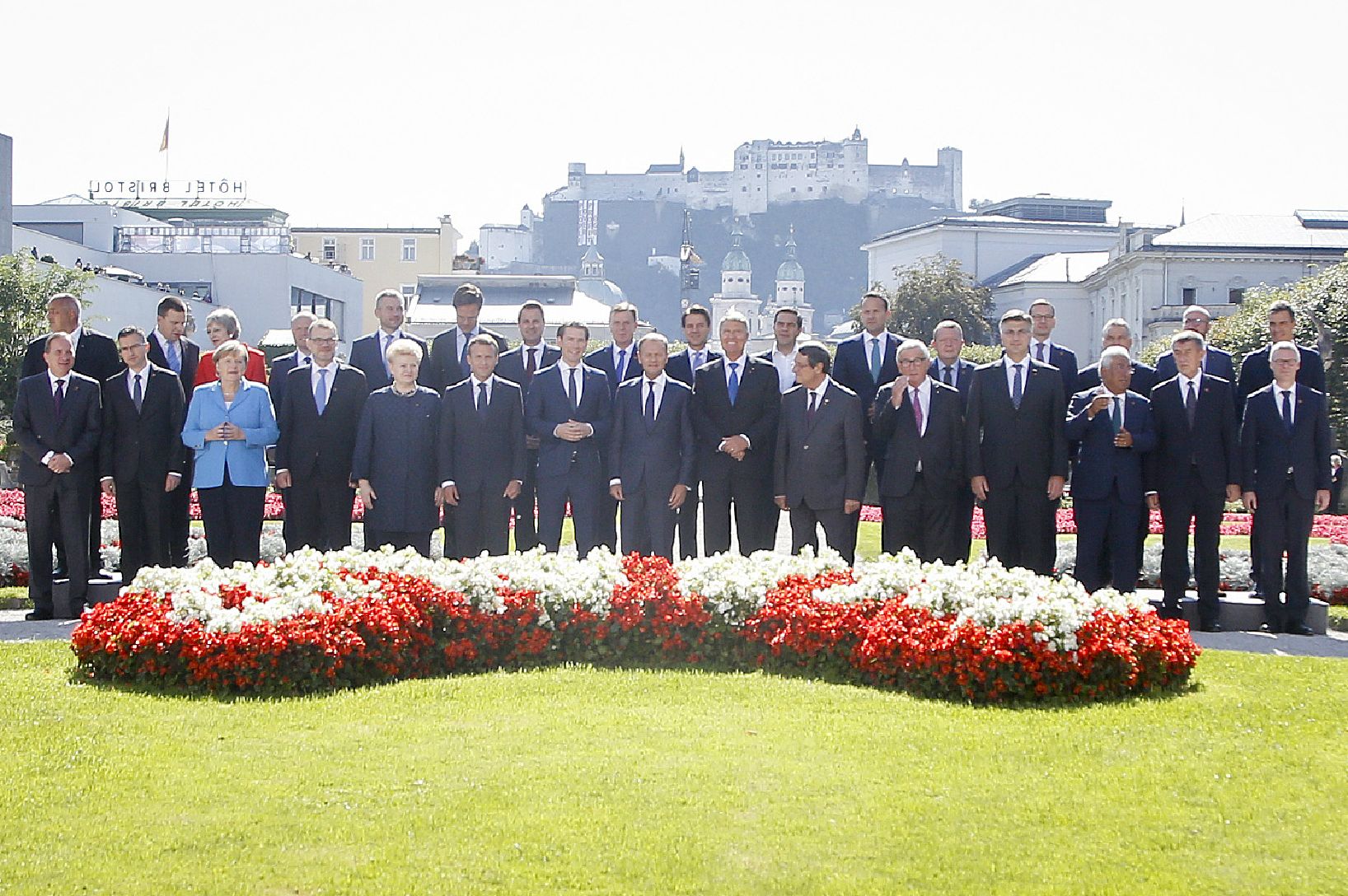 EU heads of state or government gathered at the informal meeting in Salzburg to discuss internal security, migration and Brexit.

The summit was hosted by Sebastian Kurz, Chancellor of Austria, which currently holds the Presidency of the Council.

On 19 September the heads of state or government met for an informal working dinner on migration. Leaders discussed the latest developments in this area. They took note that the number of irregular arrivals has been reduced and is now even lower than in the years before the crisis. The heads of state or government also agreed to strengthen cooperation with third countries, including Egypt.

President Donald Tusk: "Together with chancellor Kurz we have started a dialogue with the Egyptian president and now we can say that there is a backing from the European Council for this and similar dialogues"

Donald Tusk will meet President Al Sisi still in September to take the cooperation forward. In this context, the leaders also agreed to organise a summit with the League of Arab States in February 2019.

The summit has been part of the Leaders' Agenda and internal security was one of the main topics. Heads of state or government took stock of progress achieved and agreed to:

The issues regarding sovereignty and the size of Frontex that will have to be further discussed.

The meeting ended with a working lunch in an EU27 format to discuss Brexit. This was an opportunity to review progress in the talks with the UK and to discuss the way forward. The 27 leaders reconfirmed their full unity and agreed:

President Donald Tusk: "The moment of truth for Brexit negotiations will be the October European Council. In October we expect maximum progress and results in the Brexit talks. Then we will decide whether conditions are there to call an extraordinary summit in November to finalise and formalise the deal."

The discussions during the informal summit will be reflected in the work and the conclusions of the next meetings of the European Council.

The invitation letter by President Donald Tusk to the members of the European Council can be found on the news page. (18.09.2018)

A background brief can be found on the website of the Council of the European Union. (18.09.2018)

The remarks made by President Donald Tusk ahead of the informal Salzburg summit can be found on the website of the Council of the European Union. (19.09.2018)

The remarks made by President Donald Tusk after the informal Salzburg summit can be found on the website of the Council of the European Union. (20.09.2018)

Official videos of this event will be published on the official Vimeo channel.